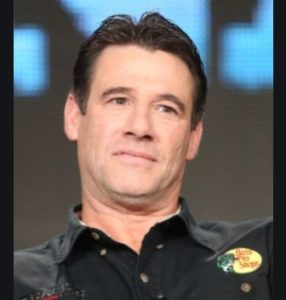 Paul Hebert is best known as Nat Geo Channel’s Wicked Tuna star. Furthermore, the show involved Massachusetts fishermen trying to secure the biggest catch of their career. This Paul Hebert Wiki discusses details on his reality star’s career, his net worth, and his daughter.

Paul Hebert turned age 56 years old while celebrating his birthday in 2021. His birthday falls every year on 15 February. Furthermore, he secured Aquarius as his zodiac sign.

Paul Hebert was born to his father Donald Hebert and his mother Estelle Hebert. All of his family members were fishermen, him and his siblings being the third generation commercial businessman.

He hails from his hometown of Marshfield, Massachusetts, the United States. His parents ran lobster and fishing boats. Donald, his father as a fisherman used to make 25 cents a pound. But the price went up to $1 a pound in the early 1970s and 1980s.

Donald would catch 80 to 100 tuna a year in the early 70s. As Paul proclaimed his father was a Tuna fishing legend on the East Coast.

As for his mother, Estelle Hebert won all the ladies’ tuna fishing competitions at Green Harbor. His uncles and cousins were also tuna fishermen.

Furthermore, Paul has brothers named Donnie, Danny, Kenny, Gary, and Bruce. All the siblings grew up near Gloucester in the 1960s. Donnie, his oldest brother was a New England champ wrestler, Bruce was the fourth-best wrestler in the state, Danny was third, whereas Paul was second.

Sadly, Paul’s father Donald Hebert passed away due to COVID-19 in a nursing home. At the time, Paul was filming Wicked Tuna: Outer Banks and the restrictions didn’t allow him to visit his late father.

Coming to details on his physical attributes, Paul Hebert stands tall at a height of 6 feet 1 inch (1.85 meters). Furthermore, he weighed about 78 kilograms (171 lbs) around 2021.

While nothing revolving around misconducts relating to drugs was found in the public domain, but his late co-star Nicholas “Duffy” Fudge died at the age of 28 for an unannounced reason. But, months leading up to his death, Duffy was arrested twice for DUI by the Portsmouth Police Department in New Hampshire. He was also arrested once for the possession of enough prescription drugs to get him accused of illegally dealing them.

As for getting sentenced, Paul Hebert was receiving the government’s disability benefit. After finding him guilty, he was charged a $5000 fine and paid more than $53,600 in restitution as part of a plea agreement with prosecutors.

He had also accepted almost $44,000 in Social Security and Medicaid disability benefits between 2010 and 2013. He also got four years probation instead of jail time.

According to Distractify, Paul Hebert sits on a total net worth of $400 thousand.

The salary of Paul Hebert along with other crew members has progressed over the years. He reportedly drew $2,000 and $3,000 per boat per episode in the early seasons. But in 2019, each episode helped pocket them $10,000 per show, whatever amount they made fishing.

Paul Hebert caught his first Bluefin Tuna at the age of 8. As he recalled, it was 1,100 pounds. Tuna fishing was all that they have ever known. But, he gained fame through a TV show in 2012 when he starred in National Geographic Channel’s Wicked Tuna.

In the show, Paul boards with his crew to Gloucester, MA. He heads out into the North Atlantic each week hunting big game. Mako Shark the biggest one he ever caught in 1997, the fish measured 19 feet, seven inches, and 1530 pounds gutted.

Before that, an accident when he fell an elevator shaft broke both his legs. He wanted to be both fisherman and a carpenter. But after the accident heading out to the North Atlantic for days at a time seems like a more reasonable, less dangerous way to earn a living.

Hebert and his crew bring in roughly 30 fish a year.

In Wicked Tuna, Hebert was part of Dave Carraro’s Crew. But he bought his own boat Wicked Pissah and has been a captain in his own right since the fifth season of the show.

When Wicked Tuna came calling, Dave got in touch and asked if Paul wanted to be part of the show. He gladly accepted the offer even though lingering pain in his legs made it difficult for him to fight hooked fish. But he was delighted with the financial security the show offered.

The show airs internationally in 171 countries and 43 languages.

As for the education, Paul attended Marshfield High School. We have no records of him ever attending college.

Talking about social media reach, Paul could be discovered on all three of the highly popular ones. His Instagram account earned 18k followers as of June 2021. On the platform, he posted 170 times.

Paul also posts on Facebook regularly hasn’t updated his profile since October of 2020.

As for his Twitter account, Paul garnered 18.1k followers in total. He posted 3,413 times as of this writing.

Paul Hebert has no records of ever getting married to someone. His romantic life remains a mystery but he was in a relationship up until 2019. Paul was spotted with an anonymous lady having fun. But, the identity of his potential wife is yet to be revealed.

Paul Hebert has two kids: a son named Adam Hebert who is 25 years old and a daughter named Ashely who is 11 as of 2021. The reality star keeps his daughter extremely lowkey and away from public attention. 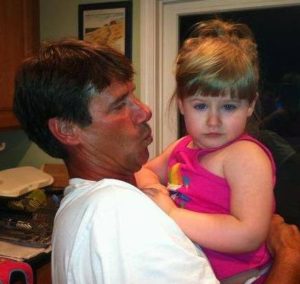 Paul Hebert and his daughter Ashley together in 2014 (Pic: Paul’s FB)

He assured that fishing was also encoded in the DNA of his kids. However, Paul wanted different things for his son Adam in particular. He believes fishing Tuna isn’t an easy task and wants him to do something else that requires to use of his mind.