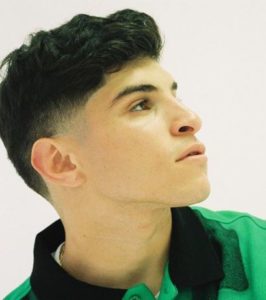 Nick Mara is a recording artist/dancer who joined one of the five-membered boy band “PRETTYMUCH” in 2016.

While fans mourned the loss of “One Direction”, Simon Cowell put together the band with an attempt to fill the void. Nick gained quite a popularity through the band alongside Austin Porter, Brandon Arreaga, Edwin Honoret, and Zion Kuwonu.

Get to know more about Nick Mara’s dating life and girlfriends as the article continues. Moreover, learn about his parents and net worth in this wiki-style article.

Born Nov 8, 1997, Nick Mara was 22 years of age when the “black lives matter” protest started in 2020. Supporting the cause, Nick posted the #blackouttuesday trend over Instagram.

Corresponding to his birthday, Nick is of Scorpio zodiac. Also, he flaunts an Italian and Irish ethnicity.

Before joining PRETTYMUCH, Nick was a part of the “ICONic Boyz” crew. In 2011, they became the runner-ups on America’s Best Dance Crew season 6.

As a dancer/ singer, Nick has made appearances on Tv-shows like Saturday Night Live, MTV’s MADE, and Disney’s Shake It Up. Furthermore, Nick was proud to have worked with celebrities like Mariah Carey, Martin Short, Kenan Thompson, and Berry Gordy.

Also, he has starred in the movie “Freeman Velocity” and off-Broadway show “Me and Caesar Lee”.

While many people don’t know Nick’s full name, he was born as Nicholas Carter Mara. He grew up in Englishtown, NJ alongside his four siblings. Being youngest in the family, he has two older brothers named Rob and Chris and 1 sister, Mia.

Also, Nick’s brother Chris Mara rose to popularity being linked to his name. Chris had his twitter dedicated to supporting his bother on America’s Best Dance Crew which gained him over 10K followers.

As for his parents, Nick loved his mother the most. He uploaded a picture along with her over Twitter wishing her a happy Mother day. While it can be speculated that Nick’s parents are separated, Nick has only silently hinted about it.

Nick was a fan of tattoos. He had tattoos around his chest, arms, and wrist. As for Nick’s chest tattoo, he mentioned that the tattoo was for his most supportive and loving grandparents who passed away. 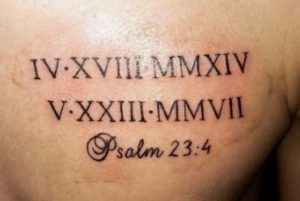 Being in the band “PrettyMuch”, Nick Mara has several songs and albums entitled to his name. They released their debut EP, “PrettyMuch an EP” on April 19, 2018. The same year, they released the song “Summer On You” on June 21.

Following the success, the band has released several hit songs. Enlisting some of them are – Real Friends, Jello, Phases, BLiND, Gone 2 Long, and many more.

While there were allegations about Nick’s older brother being gay, we can’t say the same for him. Though Nick didn’t speak much about his sexuality, his records of past girlfriends lean in favor of him liking females. So, it might be safe to say that Nick isn’t gay.

As for Nick’s dating life, he was rumored to be dating the popular dancer, Kaelynn Gobert-Harris in 2014. But the gossip came to an end when Kaelynn took it to Twitter and mentioned that Nick and she weren’t dating. She added, “He’s like my little brother.”

In 2017, Nick was the happiest man as he confessed over Twitter, “I have an angel for a girlfriend.” Some fans in the comment section reported seeing the couple in the Denver meetup and his girlfriend was pretty. 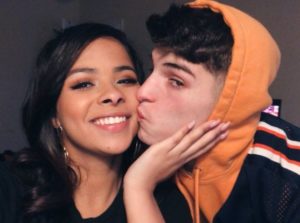 Moreover, it was never known if she was the same person he dated back in 2017 or a new chapter in his life. Unfortunately, the duo broke soon after.