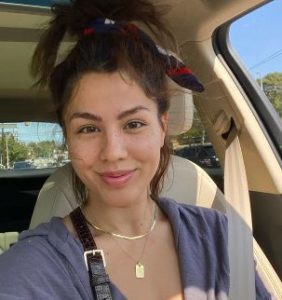 Megan Batoon is turning heads after starring in Netflix’s travel show The World’s Most Amazing Vacation Rentals. She is an actress and a dancer who found enormous success on YouTube and Instagram.

One of the new endeavors of Megan Batoon is being able to star in Netflix’s show The World’sMost Amazing Vacation Rentals. The show will be hosted by three widely known individuals; Megan Batoon, Jo Franco, and Luis D Ortiz.

The viewers will be able to see the best places to travel in and outside of the states. For the lover of travel, this might be the perfect show to watch since it is equally informational and entertaining.

In March of 2021, Megan Batoon turned 30 years old. Her birthday falls every year on 29 March. This made her an Aries by zodiac sign.

Megan Batoon Parents, Is She Filipino?

Megan Batoon was born in her hometown of Jacksonville, Florida, the United States to her parents: her father Hyderick Batoon and her mother Michele Depompeo. Moreover, her father was one of the five kids born to her grandfather Nemeico Espiritu Batoon who hailed from the Philippines.

Nemeico was enlisted in the United States Navy in October of 1955. He was also a Vietnam War Veteran. After retiring in 1975, he settled in Atlantic Beach Florida where he worked as a chef for the Ramada Inn, Holiday Inn, and the Marriott.

The only info that we have on Megan’s father is he is her biggest supporter and motivator. Based on her tweets, whenever her videos start gaining over million views, her father was always the first to notify her and most excited about it.

As for her mother, she hailed from Jacksonville, Florida who attended Duncan U. Fletcher High School. Michele worked as a Private nanny and also worked at Beach Bound Photography.

However, Megan’s parents are divorced and her mother is remarried to her second husband.

Talking about her siblings, Megan Batoon has two sisters named Nicole Batoon and Armani Batoon. Besides Filipino, she and her siblings are also of Irish and Polish ancestry.

In October 2020, Megan Batoon shared videos of her temporary tattoos. Among the several choices she had, she like the one that had “You Ain’t Shit.” She has multiple scribbled words all over her body that includes her shoulder, chest, arms, wrist, and several other places.

Her latest tattoo was Willy Wonka tattoo, a quote “So Shines A Good Deed”

Megan understands the power of social media, so she is on all of the platforms. Her Instagram account helped gather 667k followers until June 2021. The platform sheltered 621 posts.

In the same way, she is also on Twitter with 109.8k followers in total. On the platform which is verified, she tweeted 19.4k times. On top of that, she is also on Facebook with 11,343 followers. She hasn’t posted anything new since October of 2020.

Megan Batoon sits on a total net worth of $400 thousand. Scroll down below to learn how she earned it.

From a very young age, Megan Batoon embraced her Filipino side. She mostly focused on people and the food. She made food her mission but as she grew older she diverted herself into the film and arts industry.

Megan gained attention for her roles in movies and videos on YouTube.

A mixed ethnicity definitely gave her an edge, when it comes to earning popularity in the entertainment industry. When represented a Filipino community, she knew she would earn huge support and she even lived an example of it when her cooking video stirred conversation on her Facebook and Twitter.

Megan has been credited twenty-six times in total for her appearance in movies and TV shows. Some of her notable work to date include; Step Up Revolution, Anthony Ma Presents…, She Has a Boyfriend, Everything Before Us, Making Moves, Ladies of Rap, and a few others.

Plus, it is worth noting that Megan is a phenomenal dancer and a choreographer. There are several videos of her dancing and rehearsing on her Instagram.

However, it was YouTube where Megan thrived uncontrollably. Her success on the on-internet was prompted by the platform. As of June 2021, the platform has earned her 1.14 million subscribers in total. She makes lifestyle vlogs that helped earned staggering subscribers.

On the channel, Megan discusses everything from food to fitness, fashion to makeup, and many more. On top of that, she is also a social media influencer who earned endorsement deals from multiple brands.

Megan Batoon was reportedly in a relationship with Andrew Siwicki. He was a fellow content creator, video editor, actor, and cinematographer. As one user on Reddit commented, Megan wasn’t actually interested in him. So, she and her rumored boyfriend, Andrew ended up breaking up.

However, Megan Batoon’s first-ever boyfriend was Alan Kedrierski. She even interviewed him on Episode 21 of her podcast in 2018. Along with that, she also posted snaps of her boyfriend when they were dating and went on a prom and him now after so many years.

Since Megan had no stable relationships, much of her dating life remains a mystery. She was also rumored to be in a relationship with dancer Ian Eastwood. They dated for nearly two years and created several YouTube videos together during that period.

So, what about Megan Batoon’s current boyfriend? Is Megan dating someone now?

On 7 April 2021, Megan tweeted, “my boyfriend just called emotional baggage a ‘griefcase’ and it’s so clear to me why we work.” This means she is in a relationship but she avoided giving away her identities.

As for her fans, they reacted with tweets.

Marcus J Hunter wrote: “All these people have been invested in your life & you somehow neglected to share the fact that you had a boyfriend?! The deception lol ”

To which Megan tweeted as a response: “I’ve said it before but it’s a very private part of my life”

However, @Greyespeedy12 wrote on Twitter: “I’m surprised people didn’t catch the bf part in one of your recent videos ”

This suggested that Megan had previously hinted about being in a relationship.

More From Us: [You, Me & My Ex] Jessica Rios-Phlippeau Wiki: Age, Job