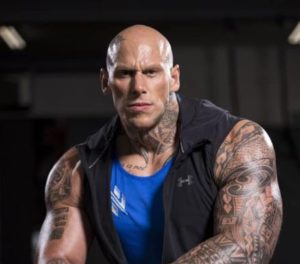 Remember the brute, Koshmar? in the movie Boyka: Undisputed. Yes, Martyn Ford aka The Nightmare was cast in the movie Fast and Furious 9.

With the presence of other intimidating guys like Vin Diesel and John Cena, his colossal build made him perfect for the action-packed franchise. Ford wasn’t always this hefty, to begin with.

Martyn shaped himself later after his dream was crushed.

Learn more as we unfold what led him to this unwavering determination.

Martyn Ford was born on 26th May 1982, in Minworth, Birmingham, UK. He built a passion for bodybuilding, acting, and modeling after he had to give up on his dream as a cricketer.

He loved cricket for as long as he can remember. He played for Warwickshire County Cricket Club and represented England at training camps and games, only by the age of 12.

Martyn was diagnosed with glandular fever (kissing disease) because of which he had to give up on his dream.

The journey for his transformation began in his early 20s’ where he did heavy lifting and fitness training. He also went to university to educate himself on sports science, personal training, and nutrition.

He didn’t reveal much information about his family or his early life. Perhaps, he didn’t want to recall all the hardships he had to bear.

A few years after bodybuilding, he found himself in the world of wrestling where faced off against the likes of John Cena and Brock Lesnar in WWE.

Martyn was announced to debut against the MMA fighter “Iranian Hulk,” Sajad Gharibi in 2018.

He exasperates that people mostly mistake him for being a bully and tend to pick a fight whenever he goes out of a drink. He had no fight records that could be accounted for as of 2020.

After years of rigorous training and achieving a tempting built, it is no surprise that Martin was featured in many movies like Robin Hood The Rebellion, Kingsman: The Golden Circle (2017), Redcon-1 (2018), Final Score, Viking Destiny, and Accident Man (2018).

Boyka: Undisputed 4 (2016) was first the movie that put Martin into the limelight. He also presented himself as an exceptional character in the movie Fast and Furious 9.

Martyn Ford married Sacha Stacey (a fitness professional) on March 22, 2019, after almost a decade of living together. The presence of their two adorable daughters made the wedding even more beautiful. 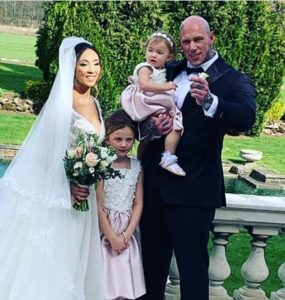 Martyn Ford and his wife Sacha Stacey on their wedding day alongside their two daughters (source: mrs_sacha_ford Instagram)

They welcomed their first daughter on June 14, 2012, named Imogen. Three months after Imogen turned 5, she was happy to have a  baby sister, Wynter-Ivy, on September 1, 2017.

Maryn’s wife, Sacha was pregnant with their third baby which was to due in July 2020.

The Nightmare strives to be the best role model as he can be for his children.

Bringing to her audience the lighthearted and funny look at the serious business of sports is Charly Arnolt,...

A professional wrestler by trade, Zack Clayton Carpinello came to prominence after being outed as the...