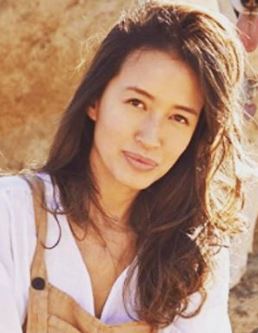 On Nov 8, 2020, Mara Lane breath a sigh of relief as her husband, Jonathan Rhys Meyers escaped a single-car accident without any major injury.

However, Jonathan was immediately arrested after the accident as he failed the sobriety test. Accused of intoxication, Jonathan was later released after posting a $5,000 bail and scheduled to appear back in court on Feb. 25, 2021.

But Jonathan won’t be appearing in the court alone. Like always, his wife, Mara would be there standing beside him, in his ups and downs.

Here is everything you need to know about Mara Lane over this wiki.

Mara Lane celebrates her birthday on June 30. That makes her of Cancer zodiac.

Although Mara Lane’s hometown was not shared, we know that she is of Vietnamese origin. So, this makes Mara of Asian ethnicity. In August 1970, she visited her family in Vietnam and even uploaded pictures of her trip over Instagram.

As for her parents, Mara called her dad Popples, and mom Bams. We often saw her father playing with his grandkid Wolf over Instagram. According to Mara, her dad playing a big part in her son’s life. A lot of his sense of humor and kindness was very much reflected in Wolf.

Her mother, Bams was once seen over Instagram with Popples supporting Aspern Papers (2018). The family went out to Laemmle Theatres to see the movie in Feb 2019.

Also, Mara shared that she had a “beautiful, intelligent, and wise” paternal grandmother. Unfortunately, she passed away on September 29, 2019.

As of November 2020, Mara entertained 27K followers over Instagram @maralanerhysmeyers. Her bio stated,

Mara Lane is an actress and producer who worked on a few movies and TV shows. Listing them are:

Before her time in the entertainment industry, Mara had a job as a Sunday School teacher. She loved children and wished to be a series regular on a show that made people laugh or on a cartoon entertaining the little ones.

Apart from this Mara is also a philanthropist. She worked with Barretstown; an organization that helped children suffering from cancer and other serious illnesses.

Mara Lane and Jonathan Rhys Meyers started dating in 2013. And after almost 3 years of relationship, Jonathan popped the question in January 2016.

The year 2016 was indeed a blessing to them. Getting engaged and holding the wedding the same year, the duo even welcomed their kid, Wolf Rhys Meyer later in December.

However, the following year 2017 was tragic for the couple. Mara suffered a miscarriage in September and Jonathan started drinking again. It might have been to ease the pain but Jonathan relapsed after the tragedy. Previously, he sought treatment for alcoholism and doing well until then.

The next year, in 2018 Mara and Jonathan even got into a domestic dispute on an American Airlines flight. The first started when Jonathan took a drag of a vape pen and a flight attendant told him that was restricted.

Siding with the attendant, Mara asked him to stop smoking. To which, Jonathan lost it and screamed,

But, Mara stayed by Jonathan’s side despite his drinking problem and Jonathan loved her as well. He shared that Mara was a “superior incredible, woman” and he “couldn’t be luckier.”