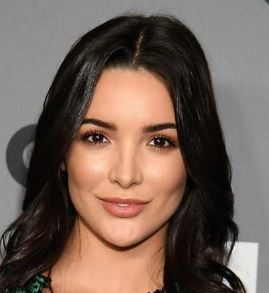 Maddison Jaizani is the British-Iranian beauty who is famous as the actor in popular TV shows like Versailles, Into the Badlands, etc.

A 2018 article in dailymail.co.uk speculated that Maddison was dating fellow British actor called Luke Pasqualino, famous for his role in BBC‘s Our Girl. The speculation was based on a picture Maddison put on her Instagram. 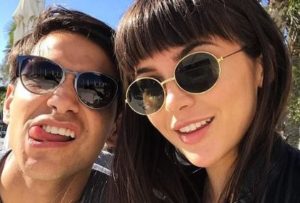 Maddison Jaizani and her boyfriend Paul Pasqualino during a vacation in Spain (PC: Maddison’s IG)

The dating speculations were later confirmed by Maddison herself when she uploaded a selfie with Paul and captioned it ‘Babe’.

Apart from that, however, there wasn’t much news regarding where they were in their dating trajectory. It was most unlikely, however, that Paul had become her husband.

Maddison’s acting career started in 2014 with a minor role in American political drama Tyrant. Not even a year later, she was cast as Sophie de Clermont, one of the major roles, in French historical drama, Versailles. The TV show ran for three seasons till 2018.

While still working on Versailles, Maddison got a recurring role for AMC‘s adventure series Into the Badlands.

In 2019, Maddison was cast in the TV adaptation of widely popular Nancy Drew mystery novels as Bess Marvin, one of the main characters of the series.

While the exact numbers of her net worth were not public, it was certain that with her career going on such a fruitful path, she had gathered quite a hefty net worth. And the net worth is bound to increase as her career moves along.

Maddison stands at an average height of 5 feet 6 inches.

Coming to her bio, Maddison was born on 5 June 1995 in the Sale town within the Greater Manchester region. She was raised in Machester in a mixed-background family.

Among her parents, her father, Falah Al-Jaizani, was of Iranian background and her mother, Tracey Stafford was a native Brit.

Apart from her parents, Maddison had two younger brothers in the family, Milan, and Gabe.

Maddison studied in Bury College and got a degree in Performing Arts, thus setting up for the career that was to follow.