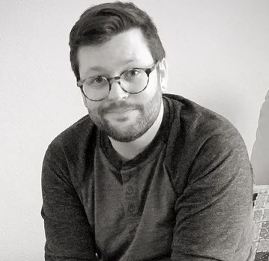 Comedian and podcast host Phoebe Robinson opened up about her past relationships. While doing that, she tried to remain very secretive about her new boyfriend we know of as Luke Downs #BritishBaekOff. To know more about him, scroll down this Luke Downs [BritistBaekOff] Wiki.

Luke turned 32 years old in December 2020. He celebrates his birthday every year on 14 December. Moreover, Luke is a Sagittarius native.

Luke Downs was born in Bournemouth, England. Naturally, this made him a British national. But, Luke never shared details on his parents. In fact, even Luke prefers sharing very little about himself out in public, let alone information on his other family members.

As a mystery man, who is best known as #BritishBaekOff, he shares very little with the outside world. He is only on Instagram that flaunted 9575 followers in total. He posted only 38 times and most of the posts have Phoebe Robinson in them.

According to the LinkedIn page of Luke Downs, he worked as an event and touring merchandising manager. However, he didn’t reveal the company that he worked for. But, his job was based in Manchester Area in the UK.

Moreover, Luke shared about his job in the episode of Robinson’s podcast, Black Fraiser.

In addition to that, Luke also received credit for his contribution to the newest episodes of Black Fraiser. Moreover, Phoebe was officially announced on her social media.

In the podcast, Luke has a job as a producer and editor of the series.

Comedian and host of a podcast, Phoebe Robinson revealed hinted about being in a relationship in her book Everything’s Trash, But It’s Okay. The book was published in 2018.

When Phoebe was handing over the manuscript of her book to the editor, she had a boyfriend. But, by the time book was released, their relationship saw a year and a half. At the time, Luke Downs was in Portland, Oregon.

As their relationship progressed, Luke moved down to New York with his girlfriend Phoebe Robinson. However, they aren’t very far from reaching the point where they will be engaged and plan their wedding.

As for how they met, Luke was working with a band who were the opening acts for U2. As they went on communicating further, he and Phoebe got more into one another.