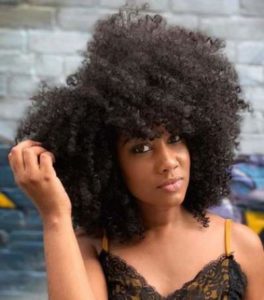 Unlike the recent seasons of the Bachelor Nation shows, which have been introducing cast members in their early to mid-20s, OWN’s dating series Ready to Love has been exploring the real-life interactions of men and women in their 30s and 40s. The latter match-making show is meant for those who are successful in their careers but who aren’t as lucky in love and definitely feels less commercial and more natural than the other ones.

During the December 18, 2020 episode of the ongoing third season, the teaser revealed that “bad news” was set to affect one of the contestants and that it could even cause him or her to leave the resort for good.

Since the show’s fans have been worried it may involve their favorite Joy Hutton. What led them to suspect so?

Here’s everything you need to know (about Joy Hutton).

Born on the day 15th of January as a Capricon, Joy Hutton’s horoscope personality tells she gravitates toward good feelings, good works, and good intentions.

Before Season 3 began airing on October 23, 2020, Joy Hutton posted about the sudden death of her sister, Giana, in September, the same year.

In the first of her many posts about Giana, she wrote,

The 32-year-old was a graduate of Williams College, had a Master’s degree from Carnegie Mellon University, and had just been accepted to a program at George Washington University. 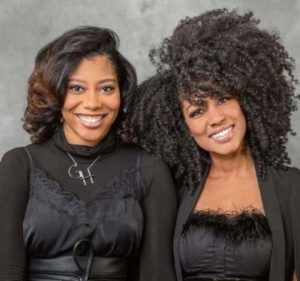 Joy, six years her sister’s senior, said despite the age gap, their bond was unbreakable.

Joy who is also a mentor for young female entrepreneurs at Cherie Blair Foundation for Women, continued to mourn her sibling over social media writing,

“And in her final words, she was still trying to be the boss of me and tell me how to live my life. She was so protective of her big sister as I was of her…This hurts so much. My life will never be the same without her. She was my other half,” she continued in the caption of her post. I love you every day and now I will miss you every day.”

She, however, never revealed the cause of the young ones’ untimely passing.

On the 1st of October, Joy, her parents, and family/friends held the memorial for her sister. Losing a daughter must have brought an inexplicable tragedy to the Hutton parents as well.

Joy’s mother, who is active on Instagram, is named Deniseh Hutton.

Joy Hutton’s real hair is of a kinky curly kind. While people cannot get over complaining about how difficult it is to manage the natural curls, Joy loves flaunting her hair as it is. Although, now and then she has tried different hairstyles.

After a few episodes of Ready To Love, one can not help but look her up on social media.

Joy Hutton is described as a management consultant, corporate trainer, techpreneur, The Restaurant Girl™, and professional speaker, on her LinkedIn page.

One also cannot overlook how impressive her academics are. She got an MBA from Duke University – The Fuqua School of Business and an M.P.A. in Public Management from DePaul University. Also, she is a B.A. sociology graduate of Bowdoin College and acquires a Nonprofit Finance Certification from Rice University in Houston, Texas.

Currently (2020) a Principal Consultant at Joy of Consulting and founder of the go GLAM, Joy Hutton reportedly made over $750 thousand net worth.

She ticks one of her most significant accomplishments as being awarded a proclamation by the City of Houston for her leadership in entrepreneurship. As part of this, the day, February 4, 2020, was named “Joy M. Hutton Day.”

Joy Hutton On Ready To Love

Ready To Love fans soon fell in love with Joy Hutton, who loves to cite the sayings of legends like Maya Angelou.

The last episode of the show was left on a kind of cliffhanger when Joy’s co-star Nephew Tommy announced that there was something serious that the cast needed to discuss, and Joy was notably not in the room. Many have interpreted this as Joy’s exit from the show due to some family emergencies followed by her sister’s demise.

Only the next coming episode on 1st January in 2021 would tell.

In case the Chicago, Illinois native stays longer on the show, she would have her chance of finding the love she came in looking for.