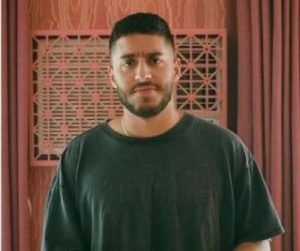 Joseph Wakile became known to a bigger audience for his appearance on the Bravo series Real Housewives of New Jersey. The exposure on the reality television scene presented him with the bigger number of followers his social media ever saw.

Below is a Joseph Wakile wiki covering everything you need to know about him.

So, in fact, it is because of his mother Kathy Wakile, that the RHONJ viewers got to know Joseph in the first place. 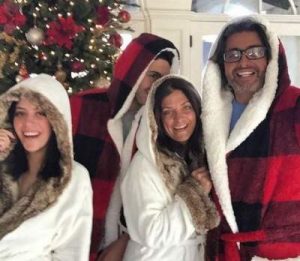 Kathy joined the show on the third season in May 2011 and as the episodes went by, viewers saw how she dealt with her kids growing up and her wish to open a restaurant one day. This way, the Bravo audience saw Joseph grow up into a fan young man.

Then, in May 2014, it was stated Kathy would not be back on the series sixth season. But then, she made appearances throughout, and also for the next seventh season. And even today, she continues to be on news. But now, it’s not just her but also her kids especially her boy, Joseph.

So lately, the drama is all about him going on Instagram (in February 2021) and calling Joe and Melissa Gorga, “farm animals.” So, Joe here is Kathy’s first cousin. Ever since the dawn of time, Kathy was put in the middle of disputes between her cousin, Teresa Giudice, and her cousin-in-law, Melissa Gorga. All the ladies have been great assets to RHONJ.

Before in Nov. 2019, Melissa herself had confirmed that the Gorgas and Waklies were no longer on speaking terms.

So, over Valentine’s Day weekend Kathy’s daughter and Joseph’s sister, Victoria Waklie got married and the fans noticed the Gorgas were not in attendance.

This is when the younger Waklie took to Page Six’s Instagram comments to spill:

“Lmao we cut those farm animals out of our life years ago that’s why they weren’t in attendance.”

Months later, during an episode of Watch What Happens Live with Andy Cohen Joe Gorga reacted this saying, “That I’m really shocked because I’ve always loved him”.

“…the reason why his children are talking the way they are is because of him. Because he’s just not a nice guy.”

Back in 2012, Joseph Waklie was hopeful he would his height would grow to 7 feet. But in reality, he now stands to a height that is certainly above 6′ but far shorter than what he expected.

Joseph Waklie had more than 56.2k followers on Instagram, 63.1K on his Twitter, and an additional 4K on his Facebook page, bio of which read: “Check me & my family out on The Real Housewives of New Jersey on Bravo TV.”

Joseph Wakile is a project manager at Trinity Group LLC, which is a design and fabrication company in New York City, that specializes in custom retail furniture and store fixtures. Before joining the firm in Sep. 2020, he briefly worked as an account executive for CD Network.

So, a calculation made by glassdoor.com read— the average salary for a real estate project manager is $91,341 in New York City.

Besides, sources also estimated Joseph Waklie’s net worth (as of April 2021) to be around $500K. Not to miss the fact that he is also in some way entitled to his parents’ long-ago reported (by Celebrity Net Worth) $5 million each.

Is He A Donald Trump Supporter?

Somewhere around the time when Joseph’s parents were invited to attend the inauguration of former President Donald Trump, his mom had suggested her political affiliation.

Then, an Instagram user had claimed that the entire Wakile family supports Trump. Joseph, meanwhile, tweeted “I don’t have a Facebook, nor do I watch Fox, nor do I support Trump” in December 2020.

No romances or possible girlfriends of Joseph Wakile have been documented on news and gossip platforms as of the date. Even so, one thing is for sure. He does not have a wife yet.

Talking about his dating life, this tweet of his back in April 2013 caught our attention. Replying to Kylie Jenner’s slap to the press— “Every time I hang out with a guy I’m apparently dating them… I don’t understand”— he had written, “I thought we were dating?”. However, it seems like the Keeping Up with the Kardashians star took no notice of it, then or now.

In the meantime, Joseph respects and admires his parents’ almost three decades of togetherness. He grew up to idolize their relationship as couple goals that he probably wishes to bide by with his own partner someday.