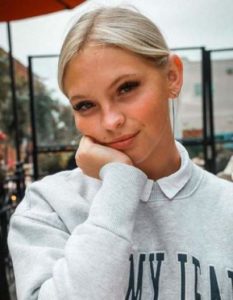 Young and famous Jordyn Jones literally is a singer, dancer, actress, as well as a well to do YouTuber.

Jordyn is equally over the moon with more than 100 million views on YouTube and over five million subscribers on Instagram.

Jordyn Jones turned 20 years of age in March 2020. Also, she celebrates her birthday every year on the 13th of March. So, one can say her zodiac sign is Pisces.

She was born to her parents, Tim Jones and Kelly Jones in Kalamazoo, a city in the southwest region of the United States state of Michigan.

Her family, they were five in number, until her father passed dad passed away circa December in 2019 at their home in Michigan. 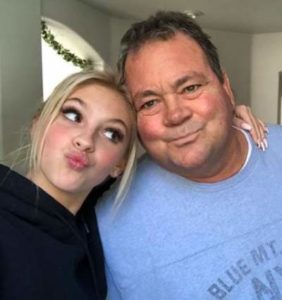 A day later, she had taken to Instagram the news of it. And alongside a picture of them together, Jordyn had captioned:

“i miss you more than life dad. i don’t even know what to say. I love you more than you know dad and i promise i will always be there for skyler, sherron, mom and everyone else. 💔🙏🏼 i love you dad”

Jordyn has two brothers Skyler Timothy Jones and Casey Schreffler. Casey, being the eldest sibling was born in April 1989 and the youngest of all Skyler was born in March 2002.

Jordy Jones discussed all her ever-growing collection of tattoos with the J-14 magazine sometime in 2018.

Her rules for the permanent inking she stated as,

“Tattoos are supposed to have meaning, you know? Well, mine don’t at all – and it’s just like whatever I want. And they’re all never going to get old.”

She has an ‘Angel’ tattoo behind her neck after Beyonce’s song “No Angel”. A rose tattoo on the rib cage because roses are her favorite flowers. “And this spot – my sister and I have that matching. So that means a lot too. My sister and I have the matching rose”, she explained. (Not sure if the sister is biological.)

Another one is a lip tattoo that says ‘baby’ just because she “likes it”. Also, there is a tiny heart behind her ear, also because she likes it.

The stunner who wishes to get more in the future stands to a height of 5 feet and 3 inches or 1.60 meters. Also, most lately her weight was listed as 52 kg or 115 lbs.

Hazel color eyes, ice-blonde hair, and high cheekbones definitely have to be some of her distinctive features.

How Much Is Jordyn Jones Net Worth?

The “Can’t Say No” singer, Jordyn Jones, is said to have pulled in over $1.75 million net worth.

Jordyn Instagram profile with 6.3 million followers directs her fans to another social media platform called SoClose (for Instagram Close Friends). It is a monthly subscription platform that helps fans get closer to their favorite celebrities and Influencers.

Jordyn also owns an online store with the name JORDYN JONES, where she merch beautiful T-Shirts, Tank tops, and Sweatshirts, probably all unisex. The JJ Name T-Shirt sells from $25 to $26; the JJ PORTRAIT CREWNECK sells from $50 to $51; JJ Portrait Hoodie sells at $25 and $26, among others.

Further, the young talent, who released her first album, Jordyn Jones, in 2019, signed with Abrams Artists Agency a year before.

Best known for performing at the Nickelodeon Kids’ Choice Awards 2015 and finishing at 5th place in the dance reality show Abby’s Ultimate Dance Competition in 2012, Jordyn went on to do a long list of short videos, including a few TV series such as Baby Doll Records, Throwback Toys with Jordyn Jones, and Betch.

Who Is Jordyn Jones Boyfriend? 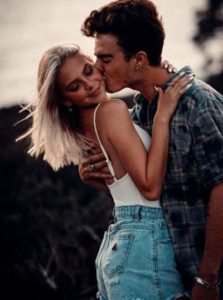 On the occasion of their second year of dating anniversary, Jordyn dedicated a very emotional, loving message to her handsome boyfriend.

Her writing mostly focused on how supportive he had been “during the worst year” of her life. (She is referring to her father’s death.)

“You have the same loving heart as my dad did and I thank god every day that I found you and I ain’t ever letting you go”, she concluded the caption, to a series of romantic shots of them.

Until April 2020, they were quarantining separately and constantly expressed how they missed one another, immensely.

Before she dated Jordan, who is best known for his self-titled channel, there was another guy in her life. She started seeing yet another social media star Brandon Westenberg back in 2016. Later, the mid-2018 saw them go separate ways.

The world of TikTok found a new couple to love when the news of Hailey Orona and Brandon Westenberg being in...

Circa 2013, Jesse Underhill entered the world of social media. 7 years on, he had become a staple in the...

Marcus Olin discovered fame via TikTok. He then went on to amass ample followings on other social media...