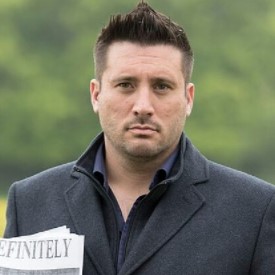 One of the interesting things in the season of RHOCH was definitely going to be the relationship between Nicole Sealey and her husband Joe Sealey.

The first episode of RHOCH unveiled the second wedding of the pair, as they renewed their wedding vows after twelve years. Fans seemed eager to see how the relationship between Joe and Nicole goes from their second marriage.

Since there is still some time left to see how things change after their second marriage, it’s a perfect time to know about Nicole’s beau Joe Sealey. This article laid out in a wiki-style format will cover everything about Joe, from general wikis to net worth and personal life.

Businessman & former football player Joe Sealey was born in 1984, which meant his age, as of October 2020, was 36. Likewise, his birthday falls on every 12th of March.

Joe’s mom Elaina wished him on his 36th birthday. She wrote, “Happy birthday to my handsome son. Hope you have a fabulous day. Love you loads.” Going by Joe’s birthdate, his zodiac sign is Pisces.

Joe Sealey comes from a high-profile family. His dad is Les Sealey, a Manchester United goalkeeping legend. Unfortunately, Joe’s dad died of a heart attack at the young age of 43.

Joe grew up idolizing his father. Growing up, Joe tried to learn every trick about goalkeeping from his dad. For whatever long did Joe do goalkeeping at West Ham, Joe was an asset to the team.

Two weeks before his dad’s death, Joe suffered from a shoulder injury during a training session which eventually put his football career at a stop.

Joe’s dad Les’s death came as a shock to everyone, not to mention his own wife, or Joe’s mom Elaine. However, Elaine did move on eventually from her husband’s death. As of this writing, Elaine is already committed to someone else, whose identity has not been disclosed yet.

Joe Sealey has one brother named George as his only sibling. George also has a football background like his brother’s.

Coming to his physical attributes, Joe Sealey stands extremely tall at a height of 6 feet 3 inches. Furthermore, Joe weighs around 92 kilograms. Any other distinct features about him are not available yet on the Internet.

Joe has a good social media reach. But the already good numbers are definitely gonna increase once the further episodes of RHOCH Season 12 go on air.

For education, Joe went to Chase Lane Junior School and Roding Valley High School. After Joe completed his high school, he played as a goalkeeper at West Ham until an injury in his shoulder ended his football career.

Joe turned to business after the demise of his football career. He created his own company called One to One Management.

As written on his LinkedIn profile, Joe has sold three businesses within the last 10 years. As of 2020, Joe still served as the CEO of a juice company called Neon Juice.

Previously, Joe worked as a director at Neon Health Kitchen and as a CEO at Neon Personal Training.

Joe was reportedly in talks to buy the football club called Macclesfield Town F.C. around the end of 2019. However, it seems like Joe did not make the deal as Macclesfield has wound up in the High Court in September 2020.

Having done multiple jobs in the past, it’s no doubt Joe Sealey has made quite a fortune for himself. Reportedly, the net worth amounts to $10 million as of this writing.

Joe and Nicole Sealey first met each other during a night out with their friends. The pair clicked on their first meeting.

After dating for some time, Joe and Nicole moved in together. In 2008, Joe and Nicole exchanged their wedding vows in a ceremony, which had limited people in the audience.

After almost twelve years, Joe and Nicole renewed their wedding vows. Nicole uploaded a photo of herself rocking a white Philip Armstrong bridal gown on her Instagram handle, where her husband commented: ‘You should celebrate marrying me twice,’ along with a winking emoji. 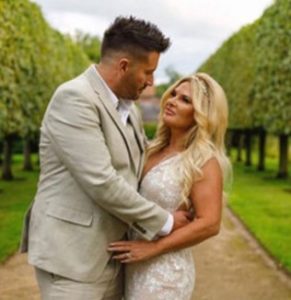 Nicole, who is the director of transportation, trucking, and railroad company called NTS Premier Servies, and her husband Joe raise three children together. Two of them are daughters namely Kira and Luka and one is a son named Remi.

As of now, the family lives happily in Wilmslow, Cheshire.