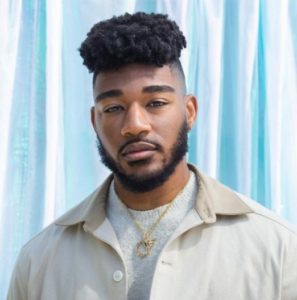 Jerrold Smith II is one of the cast members of the inaugural season of the reality show from HBO Max’s Sweet Life. He starred in the show with his high school sweetheart. Learn more about him with this Jerrold Smith II Wiki where we cover his net worth, height, and family details.

In an interview with EBONY, Jerrold Smith II said that the show was a long time coming as it felt like they spoke it into existence. Being on HBO Max’s Sweet Life, he had never expected to ever get to work with Issa Rae, and the fact that she worked as an executive producer made the show ten times better.

For Jerrold, the show was the opportunity to show that if you’re thinking of doing something and you don’t know where to start or where that might take you and if there’s no story or someone who’s lived it out there before, this was what it’s like. So, with the show he and his cast members trying to inspire that they could do those things.

So, in his words, their struggle story is the blueprint for others.

At the end of it all, Jerrold reassured that regardless of the “status” and that they became reality TV stars, he was still regular like all of his cast members.

Jerrold Smith II was 25 years old at the time of this writing (20 August 2021) waiting to turn 26 years old. He celebrates his birthday on 24 August.

A native of Los Angeles, California, Jerrold Smith II was born to his father Jerrold Smith Sr. and his mother Lesley Smith. On 26 April 2011, he wished his parents their wedding anniversary. But, there existed no information on the years they have been married or stayed together.

Based on a tweet from 2012, Jerrold comes from a financially well-off family. His father seems to have a taste for expensive cars and he visited Ferrari/Maserati dealers and bought himself either of them. He even posted the snap of his dad’s new car on his IG but the post has been removed.

Jerrold’s father and his grandfather were fans of Laker. They used to watch every game together. In 2018, he lost his grandmother.

More about his family: Jerrold has a sister named Sydni Smith.

According to his player’s profile on UCLA Bruins, Jerrod Smith II stands tall at the height of 6 feet (1.82 meters). He weighed 78 kilograms (171 lbs).

On Instagram, Jerrold Smith II went by the handle name (@jerroldhtims). his IG account had 18.4k followers where he posted 112 posts as of Aug 2021. On Twitter (@jerroldhtims), he gathered 2,357 followers. He tweeted nearly 44.6k followers.

Similarly, Jerrold also has a TikTok account (@jerroldhtims) with 134 followers. He posted 33 videos as of this writing.

With a job in marketing, Jerrold Smith II earned a total net worth under $100 thousand.

During his senior year, Jerrold averaged a team-leading 16.3 points per game as a senior (23 games) in 2012-13. He also earned the title of the team’s most valuable player award in addition to serving as team captain. In junior year, he played in 18 games and helped lead St. Bernard’s post a perfect 10-0 mark in league play before winning the 2012 CIF Southern Section Division 5A Championship.

Jerrold graduated from St. Bernard’s in 2013 as a National Honor Society member in addition to having earned all-academic honors all three seasons as a varsity student-athlete. Then he joined the University of California in Los Angeles where he earned his BA degree in Political Science and Government.

According to his Linkedin, Jerrold first worked at Creative Artist Agency as an agency assistant, executive assistant to CEO, and then a project coordinator from July 2017-September 2019. He then joined Hypland Worldwide as Brand Marketing & Strategy Consultant.

From October 2019, Jerrold joined Westbrook. For one and a half years, he worked as a coordinator and later worked as a Marketing Specialist starting from March 2021.

He and his girlfriend Cheryl also modeled for the clothing brand His & Hers in February 2021.

Before meeting his girlfriend Cheryl Des Vignes, he often went on his Twitter to share that he wanted to be in a relationship. In April 2011, he wrote, “F**k, I want a girlfriend now :/” Then in December 2011, he again tweeted, “I used to want a girlfriend, now I just want a girl that wants to be with me as much as I want to be with her”

Jerrold Smith II started dating Cheryl at least in 2012 while they were in high school. Hence, they have been together for over 8 years. He first appeared on her socials on 5 January 2015. On the post, Cheryl wrote the caption, “❤️👫🌃”

In response, Jerrod Smith II wrote, “Love you shawty ❤️” After that, they again appeared together in May of 2016 on her IG.

On 16 October 2017, Cherryl and Jerrold celebrated their 5 years of being together. As a celebration, she wrote on her IG post, “Name a better duo… I’ll wait. #5yearsstrong ✨💕” 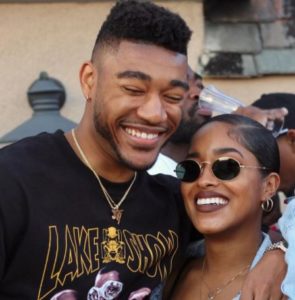 In August 2018, they visited Thailand where he celebrated his birthday. “thank you for giving me the best birthday ever and so much more, I love you!” Jerrold wrote in the caption.

In the first teaser, we see Jerrold Smith II on a hillside picnic date with his longtime girlfriend, Cheryl Des Vignes. At some point, Cheryl expected Jerrold to move out of his folks’ house and start a life with her. But he seems to be having a hard time doing it.

According to what he shared with Tylynn, he doesn’t want to move out, have a conflict with Cheryl Des Vignes, and ruin the good thing they have going.