Home EntertainmentWho Is Jeff Cavaliere’s Wife? 6 Things We Know About Her

Who Is Jeff Cavaliere’s Wife? 6 Things We Know About Her 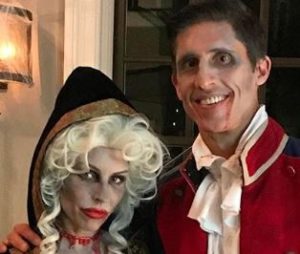 While there remained vast info available on Jeff, the same wasn’t true for his wife. Here are 6 things we know about her:

Although many considered Jeff Cavaliere a strong man, the physical trainer believed his wife was stronger than him.

Well, not in the literal sense.

Back in 2019 Valentine’s Day, Jeff took to IG and celebrate his wife. Sharing a photo of them, he captioned it:

“Behind every strong man, is a stronger woman!”

The year 2020 marked Jeff Cavaliere and his wife’s 12th wedding anniversary. Despite a decade into their marriage, they seemed as happy as the next couple.

During their 12-year-long marriage, Jeff and his life partner didn’t face divorce rumors. Nor did they entertain gossips concerning their split.

Private about their history, the couple preferred not to shed light on how they began dating. Nor did they shared info about their engagement.

In 2016, Jeff Cavaliere and his wife welcomed twins (both sons). They named their kids: Xavier and Jaxon.

Interestingly, Xavier and Jaxon were born 13 weeks before the due date. As a result, Jeff reportedly spent 5 months in the neonatal intensive care unit.

For Jeff, experiencing fatherhood for the first time was surreal. In his own words:

“I’ve worn many hats in my life, but NONE have been more rewarding than being a dad to my two little men.”

As many noted, Jeff had none but his other half to thank for the twins.

After his wife came into his life, Jeff Cavaliere never missed an opportunity to shoutout her. His love for her doubled after the birth of their children.

In May 2019, Jeff penned a heartfelt message dedicated for the mother of his kids. He wrote:

“My wife, as you can see, has her hands full! Literally! She has not only been there to support my every effort and love me through it all but has managed to do so while raising our twin boys (who no doubt already anointed her the best mom in the world!).”

My admiration and respect for her and how she manages to make the hardest “job” on the planet look almost easy (raising these little wildlings!) has me convinced she is superwoman!”

As for the other 2, Jeff had selected his mother and grandmother.

The 4 inches height difference only made Jeff and his life partner adorable on photos.

Also, Jeff and his wife loved dressing up. Be it Halloween or a dress party, the married duo brought their A-game sporting matching costumes.

Although Jeff Cavaliere flooded his social media feed with posts about his wife, he opted not to share her name.

Besides her name, Jeff didn’t spill beans on what she did for a living. Furthermore, the world-famous YouTuber refrained from telling her age, net worth, and family background.