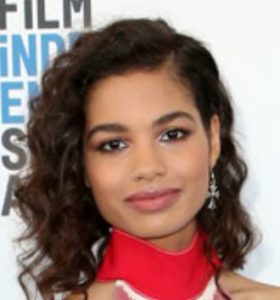 Helena Howard is an American actress, who rose to unspeakable heights of fame and popularity for her breakout performance in Madeline’s Madeline. Her performance received great acclaim. Some even considered it one of the best performances of the 21st century.

Read along to know more about Helena Howard and the amazing story of her rise as the finest artist of the emerging generations of actors. And also about the challenges she is facing on social media lately.

Helena was born Kaitlyn Helena Howard (her real name) in New York City to parents of different ethnicities. Her father, Will Howard, comes from African American ethnicity with a somewhat mixed heritage.

Her mother, Julia Binet, on the other hand, is of Scandanavian and East European ethnicity. According to Wikipedia, both of her parents were artists. Whereas her mother’s Linkedin profile says that she (i.e. Julia) was a licensed massage therapist and reiki practitioner.

Helena had one sibling, a younger brother named Liam. In her social posts, Helena had mentioned her brother is autistic.

She grew up with her brother and parents in the New Jersey area. Her mother’s Linkedin profile also mentioned Plainfield, New Jersey as her address.

Helena Howard stood at an average height for an American woman, i.e. 5 ft 5 inches. And she weighed around 51 kgs, give or take.

Once, Helena Howard was present on social media, both Instagram and Twitter, but currently, she did not seem to be present on either of the social media platforms.

It was reported that her Twitter handle was suspended whereas her Instagram account seemed to be have been removed. There were some reports of her being canceled. Read more in the next section.

Towards the January of 2021, Helena was supposedly canceled. She had posted a few anti-vaccination posts on her Instagram. Also, she did say something that some people could interpret as xenophobic, especially towards China.

There were also accusations of her being an ableist, but we could not find any evidence of that. And her brother was autistic, which she used as her defense against those accusations. The reason behind the ableist accusations was her statement that she did not want to label Nora, the autistic character she played in The Wilds.

Also, the fact that her mother used to think COVID was a hoax was used to attack her by some people on social media.

Helena had come out on Instagram to defend herself and to try and stop people from attacking her. Of course, true to the usual internet trends, that move backfired. And that video was further used against her.

About Helena Howard Net Worth

She honed her acting skills first at the Union County Academy for Performing Arts and then at the American Academy of Dramatic Arts. For the latter, she had received a full scholarship, early evidence of her talents.

Her titular performance in the movie earned a slot in Indiewire‘s list of the 50 best performances of the 2010s. Even Moonlight director Barry Jenkins gave incredible praise to her performance. Also, the Filmmaker magazine profiled her.

After Madeline’s Madeline, Helena had acted in TV series like The Wilds and Don’t Look Deeper, and an upcoming movie called Shoplifters of the World. The latter is set to be released on 26 March 2021.

The Wilds was the more famous one. It brought her great fame and also criticism as we have already described in the previous section. She played the character of Nora in the show and the character had a thrilling arc which we won’t spoil.

Many sources estimated Helena’s net worth, as of January 2021, around $200 thousand.

There was no information about Helena Howard’s dating history. There was no boyfriend or a potential husband in the picture.