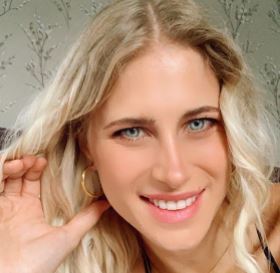 Giada Lini is a professional dancer and model, hailing from Venice, the beautiful “Floating City” in Italy. Although currently, she continued to stay in London, United Kingdom.

Extremely passionate about life and new experiences, a lot many things happened in her life ever since her appearance on the 16th series of Strictly Come Dancing circa 2018.

Here’s everything you need not miss.

Every year on 10th December, Giada Lini is used to friends and family showering her with loving birthday wishes and presents. So, her zodiac sign is Sagittarius.

Judging from social media sharing, Giada seems to love her family a lot. Occasionally, she takes to Instagram heartfelt messages for her mother and father. Also, she never skipped wishing her younger brother, Leonardo, on his birthdays.

Giada appeared to have had the best times growing up with her folks.

Her parents are dance teachers. And just like Giada, her brother is also a competitive dancer. The family, unitedly, taught at International Dance Bassano, the school offering all kinds of dance including Latin American, Salsa, Bachata, Modern, Latin fitness, Argentine Tango, and more.

The most beautiful feature of Giada that we see would definitely be her eyes which are of the most bewitching shade of ocean-blue color. Also, her hair is naturally blonde.

Her contents on the sites mostly included Giada and her beau Graziano dancing backstage, or them having fun outdoors, or Giada endorsing on something like the Apple cider vinegar gummy-goli.

Giada Lini is reported to have pulled in over $600 thousand net worth as of the pandemic year, 2020.

Everywhere on social media bio, she introduced herself as the Showdance Latin World Champion finalist. She indeed turned out to be the finalist for two consecutive years in the Latin American Freestyle World Championship that took place in China in 2013 and 2014. The same year (2014), Giada also worked in Legally Blonde THE MUSICAL.

The Venetian beauty, with the fluency in English, French, and Italian, seemed to have traveled the world taking part and winning a massive number of dance competitions.

Before joining her partner Graziano Di Prima on Strictly Come Dancing, they had danced together as partners also on the popular live dance show Burn The Floor.

The day 3rd July in 2020, would have been Giada Lini and her “Strictly Come Dancing” star fiance Graziano Di Prima’s wedding day had it not been for the Covid-19 global pandemic. 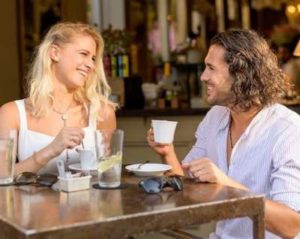 Giada Lini and fiance are more than happy to be able to return to their Dancing job in the UK as the COVID-19 restrictions slightly ease (PIC: Giada’s IG)

But because Graziano said their love is very strong they decided on tying the knots, the coming year.

“I’m going to marry her in the little church in my small town…”, said the professional dancer and choreographer partner of Giada, during a 2020 chit-chat to Hello! Magazine.

They have been engaged since May 2019 after a surprise live onstage proposal. Graziano, age 26 in May 2020, had popped the question during a performance of Burn The Floor in Watford.

Circa 2018, Graziano told HELLO! that his girlfriend would be joining him for some of the Strictly Come Dancing‘s special routines. And suddenly the fans wanted to know all about the lady love of their favorite Italian dancer.

The duo started dating in 2015 and they have been inseparable ever since, exceptionally defying the “the Strictly curse”.