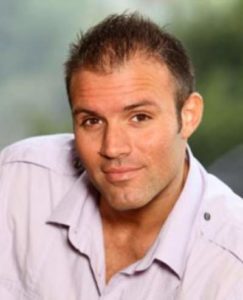 With Big Brother Season 22 down to its final two weeks, everyone seemed interested in knowing everything about the season’s finalists, including Vincenzo “Enzo” Palumbo.

The second all-star season in the show’s history premiered on 5th August in 2020 encircling a group of former contestants, known as HouseGuests, as they compete to be the last competitor to win a grand prize of $500K.

Meanwhile, in the writing below, is everything to need to know about Enzo Palumbo.

On 16th January in 2020, Enzo Palumbo lived to his 42nd birthday. So, this makes his zodiac sign to be Capricorn.

While people are forced to relocate places in search of better lifestyles and career opportunities, Enzo Palumbo is a lucky few who got to live intact to his hometown in Bayonne, New Jersey, almost all his life until now.

Regarding ethnicity, the Palumbo family emerged from the historical and enchanting Italian region of the islands of Sicily. Thus Enzo, like everyone with the surname, acquired some part of Italian heredity.

Enzo Palumbo stands tall to 6 feet in height. Also most lately, his weight was listed as 83 Kgs or 183 lbs. His chiseled and beaming features make him look much younger than his actual age.

Enzo Palumbo had 19.5k followers on his Instagram (until 16th October in 2020). Further on Facebook, more than 10.53K people followed him.

For some reason, his Twitter profile with the name, @the_Meow_Meow_, seems to have been deleted. ‘The Meow Meow’, it happens to be his nickname.

Outside of his work as a television personality, Enzo Palumbo is an Insurance adjuster. He has got a Real Estate license. And from the profession, he is reported to have pulled in around $750 thousand net worth.

Not to mention, his very first appearance on Big Brother also landed him a modeling career.

Before, when Enzo appeared in Big Brother 12 in the summer of 2010, he finished in third place behind Hayden Moss and Lane Elenburg, two of his ‘The Brigade’ alliance mates.

In his CBS bio, Enzo stated the reason he wanted to play Big Brother again was to “seal [his] legacy, not only as being part of one of the best alliances but now one of the greatest to ever play.”

This time around he wanted to leave the game show as the sole winner. Enzo said, for the past decade he watched the game through the eyes of a fan, and so he knew how a diehard fan loved for the game to be played. This way, he confirmed that he would play the game with a much better strategy.

In an interview he did with NJ.com, way back, after his time on Big Brother 12, Enzo Palumbo revealed that he was excited to fly home with his wife Joella and their nine-month-old daughter Gia.

At the time, Joella was the vice president of loan sales and trading at financial firm Credit Suisse in New York.

With Enzo, she also had a boy named Nico (turned 7 years of age in January 2020). However, sometime later, they separated over a divorce. It seems they parted ways sometime afterward the May of 2014.

At the time of this writing, he identified as a single and without a girlfriend and so in love with his two kids. Enzo said the most difficult part about living inside the Big Brother house was/would be being away from his kids. 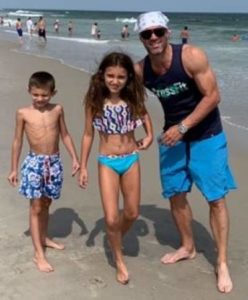 Fans have not heard him talk about having a girlfriend either on the show or on the live feeds and his Instagram.

Although his ex-wife, since their separation, remarried and is now Joella Kealy.

Their split, it looks like it was “fairly amicable”. And the proof of this would be a recent post on her Facebook, about the kids Gia and Nico making their cameos on their father’s video package. “They couldn’t be more excited to support their father. Win or lose they are so proud”, she dedicated the loving words to Enzo, the father.