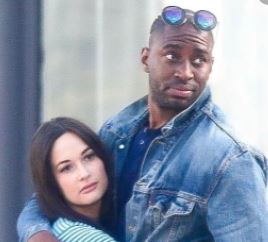 Months after Kacey’s divorce from Ruston Kelly (in September 2020), she for the first time appeared in public with another man in April 2021. They were spotted cozying up, embracing one another in LA as they waited for an Uber.

So, who is this new man in Kacey’s life? Keep following this Dr. Gerald Onuoha wiki to learn all about him.

As per his birthday, Gerald is of the Scorpio zodiac.

Dr. Gerald Onuoha hails from Huntsville, Alabama, and yes he holds Nigerian roots. So, with his hometown being in the US, and his parents from Nigeria, Gerald labeled himself as a “Nigerian American”.

Talking about his family, Gerald’s parents are named Gerald Onuoha Sr, and Victoria Watkins Richardson. He shared nothing about his father, whereas he tagged his mother Victoria over his FB’s “family and relationships” details.

A look at her profile, we could see that Victoria wasn’t much of a social media user. As of 2021, she only had two pictures uploaded. Among which, one was her wedding picture from 2013. 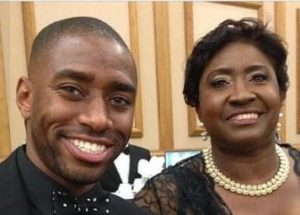 Apart from her mother, Gerald tagged U Geraldson Onuoha and Geralyn Onuoha Smith as his siblings, Renita Watkins as his aunt, and George DaJuice West Jr.; Wedlow Jones III; and Tiara N Price as his cousins.

Over one of his posts, he had also tagged Gerron Scissum as his brother. So, overall Gerald has three siblings.

Trivia: Gerald’s grandmother passed away in Jan 2021. After her death, Gerald took it to his FB to remind his followers to “Love the people you love while you still have them. We’re all here on borrowed time.”

Most of his posts promoted anti-racism, and few asked God’s guidance. His IG bio stated him as an “activist”.

Dr. Gerald Onuoha’s net worth was under $1 million in 2021. However, he joked that he was a “billionaire already”, he “just ain’t got all the money yet.”

Just in case you are curious, Kacey Musgraves’s net worth was $10 million then.

In light of his education, Gerald graduated from S. R. Butler High School and went on to study Physics and Astronomy at the Tennessee State University from 2003 to 2008. Then, he joined the Meharry Medical College in 2010 and graduated with a Doctor of Medicine (MD) degree in 2014. Finally, he completed a one-year master of science from Dartmouth College in 2015.

Immediately after finishing his master’s, Gerald joined Nashville General Hospital as an internal medicine physician and worked there for 4 years. Then he took on the role of internal medicine hospitalist at HCA Healthcare/Envision in Jun 2019 and was working there as of 2021.

Apart from his job, Gerald also invested his time on his platform called “Everybody vs Racism” which he created “in partnership with everybody including communities, organizations, the private and public sector, to create, support, and collaborate to provide services and programs that help eliminate systemic racism for all!”

Dr. Gerald Onuoha And Kacey Musgraves: Dating, How Did They Meet?

Dr. Gerald Onuoha and Kacey Musgraves first came to light in April 2021. However, the two had yet to confirm their relationship then. Also, since they kept their lips tight, how they first met remained a mystery to us.

Little info on Kacey Musgraves: She is a country singer who stood 7th on Nashville Star in 2007, and went on to release the Grammy-winning album Same Trailer Different Park in 2013. Also, she won the title “New Artist of the Year” at the 2013 CMA Awards and won the “Song of the Year” title for “Follow Your Arrow,” the following year.