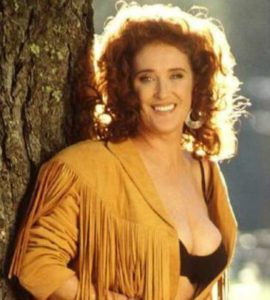 By Demi Moore’s admission, she had a far from conventional upbringing. A lot of her childhood pain and teenage angst was inflicted upon her mother Virginia King.

Virginia King was born in 1944. At the tender age of 18, she gave birth to her daughter Demi Moore (birth name Demetria Harmon).

Virginia’s first husband Charles Harmon abandoned her when she was still pregnant with Demi. She and Charles – an Air Force airman – were married for two months in 1962.

Three months after welcoming Demi, Virginia married Dan Guynes. The two went on to have a son named Morgan Guynes. Meanwhile, her first husband Charles also had another child.

Her second husband Dan was instrumental in Demi’s upbringing.

Because of Dan’s work, the family traveled a lot. The traveling and poverty took a toll on their marriage — made worse by the fact that the two were heavy drinkers. 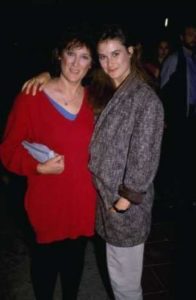 Later in life, Virginia King converted to Scientologist. She eventually succumbed to cancer and died in 1998 at the age of 54.

Two decades after her death, late Virginia made headlines — but for all the wrong reasons.

In her 2019 memoir, Demi opened about her 15-years-old self getting raped by a man that Virginia knew. Amid the ongoing assault, her rapist allegedly questioned,

According to Demi, Virginia – a lifelong alcoholic – used to take her to the bars that she frequented. And when the actress arrived home one night, she found her rapist who let himself in.

“Rape and betrayal” is how Demi described the whole debacle.

Also in her memoir, Demi lets the readers into Virginia’s attempt at committing suicide by swallowing pills.