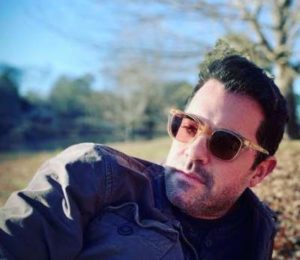 After Kat Graham tributed a Valentine’s Day post to her boyfriend on her social media, her 6.1 million followers naturally wanted to know more about him.

Below is a wiki-style-writing about The Vampire Diaries actress’s man who goes around as ‘Darren Genet, ASC’ on his Instagram.

Darren hails from his hometown of Miami Beach, which is a coastal resort city in Miami-Dade County, Florida, United States.

Having been making films since he could hold a camera, Darren got his MFA from The American Film Institute (2002 – 2004).

Jacked and handsome, Darren Genet stands to a height of 5′ 7″ and a lately reported weight of under 78 kg. He rarely showed himself to his followers on socials. And whenever he did, he had a closely trimmed beard simulating a 3 day-ish of stubble. Besides, he kept his hairstyle a regular Pompadour.

Darren did not appear as a social media fanatic. Still, he occasionally posted on Instagram. He could be discovered on Vimeo as well and the last time he shared something on Facebook, it was late in Jan. 2014.

Darren, as a director, notably worked in the likes of Warner Brothers’ The Vampire Diaries and the show’s spin-off series The Originals and Legacies. He has also been an integral presence on the sets of CSI: Miami, and Good Girls.

Together with his partner, Kat Graham, Darren created Frequency Films. And, thus far the production house gave birth to this adaptation of the cult novel Car from celebrated Southern Gothic novelist Harry Crews, Hasidic noir thriller/comedy The Get, Cryptocurrency thriller Dark.net, and the TV projects: The Same Place But Different and X-Theory.

He also directed several music videos and commercials. Not to mention, his capsule collection of short films MUSE debuted at Cannes and got featured in Vanity Fair magazine. His public service announcement (PSA) for Black Lives Matter was featured on CNN and one for the PETA also gained equal national fame.

And as much as Darren Genet gained, fame and riches (net worth estimated $800 thousand in early-2021), he kept giving back to the community.

As a humanitarian, he closely worked with the United Nations High Commissioner for Refugees and NGOs like Rotary and Empower 54.

And while the two were already in a relationship for some time now, they seized Instagram with Valentine’s Day exchange.

Sharing this portrait of Kat (aged 31 as of September in 2020) on his Insta-wall, Darren made everyone’s day. 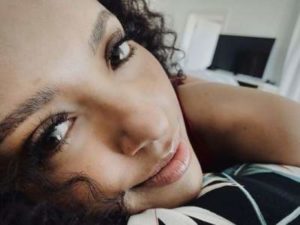 The otherwise secret-lover captioned the post “Happy Valentines Day my love @katgraham!!” which earned him a “Baby… ❤️” on the comment box from Kat.

Because their romance, per Instagram sharing, timelined to, late in Nov. 2019, they must have been dating since at least around the time.

On Darren’s birthday last year, Kat lovingly shared her feelings for him.

“Today my partner, my creative accomplice, my confidant, my champion, and my love was born. I am so grateful for you. You’re a creative genius, with a remarkable spirit.”

She said she was grateful for the time they shared— from life-threatening missions in Somalia to snowy days in Paris, to endless hours sitting in an editing room.

“I am grateful for those, and every moment in between. Happy birthday baby. ❤️”

At the time, when they are yet to share the further dynamics of their relationship, word has it, they have been dating for 5+ years now. That they met on the set of Vampire Diaries. The Reddit thread went on reporting how Darren and Kat did the three-part MUSE project together in 2015. And how around the time, Darren also directed a couple of Kat’s music videos.

Who Is Darren Genet Ex-Wife?

Darren Genet is a doting parent to his seeming three kids— two daughters and a son.

Back in Oct. 2014, he shared a never-before-seen picture of his young and look-alike daughters writing “Daddy date with my girls”. The next year, we saw him share an adorable picture with possibly with his son, from a game night. All the kids were under the age of say 7 or 8. And, Darren, of course, Darren never mentioned the babies’ mama. He may have had them with his ex-wife. The matter is a total mystery.