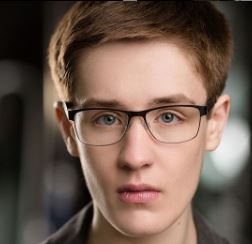 In early-October 2020, online publications broke the news that actor Archie Lyndhurst had died. He was best known for his role on the CBBC show “So Awkward”.

Read this Archie Lyndhurst wiki and find out his cause of death. Plus, discover the late actor’s girlfriend, illness, and net worth.

Archie Lyndhurst Cause Of Death — Illness

Archie passed away at the tender age of 19.

CCBC confirmed the painful news on Twitter and revealed Archie Lyndhurst’s cause of death. On 1st October 2020, the network tweeted—  “We’re so sorry to have to tell you that Archie Lyndhurst, who so brilliantly played Ollie in So Awkward on CBBC, has very sadly died after a short illness.”

The statement continued— “Archie will be hugely missed by all who worked with him, and by all the fans who laughed along with Ollie in the show.”

Sharing a TBT picture of the actor, CCBC noted— “All of us are devastated to hear the news of Archie’s passing. He was such a talented young actor and meant so much to all of those involved in So Awkward, as well as to the CBBC fans. He will be greatly missed by us all and our deepest condolences go out to his family and friends at this time.”

Months after Archie passed away, his mother revealed he died in his sleep after suffering a brain hemorrhage. On Instagram, she wrote— “On the 22nd September our world blew apart, the damage caused to it totally irreparable. Archie was and always will remain our everything. Those of you who know us know the catastrophic effect it has had and will have on us for the rest of our days. Archie was the most extraordinary magical human being we have ever met.”

When the story of Archie Lyndhurst’s death broke, he was less than a month away from celebrating his 20th birthday.

Born in 2000, Archie used to celebrate his birthday on 22nd October every year. Also, he was a Libra.

A London native, he was born as Archie Bijörn Lyndhurst to parents: Nicholas Lyndhurst (father) and Lucy Smith (mother).

A year after tying the knot, Nicholas and Lucy had welcomed Archie into their lives.

To those unfamiliar: Nicholas — like Archie — was a child actor. Some of his notable acting credits include:

What’s more, Archie reportedly was his parents’ only child. Therefore, he didn’t have any siblings.

At age 19, Archie Lyndhurst had 6 feet (183 cm) in height. In other words, he was as tall as his father. Plus, none of the media outlets reported his weight.

It seemed as if Archie wasn’t into using Twitter. However, he enjoyed a sizeable following on the other two major social media platforms.

Archie rose to fame portraying the character Ollie Culton on “So Awkward”. Between 2015 and 2020, he reportedly appeared in 75 episodes.

Circa 2011, Archie made his acting debut with the TV series “Little Crackers”. Subsequently, he starred in the TV shows— “Our Ex-Wife,” “Bad Education,” and “Tonight at the London Palladium”.

Talking about movies, Archie showcased his talents in the TV film “Harry & Paul’s Story of the 2s”. He also lent his voice in the video games— “Final Fantasy XIV” and “The Secret World”.

According to Nicholas, Archie inherited the acting genes from him. By 10, Archie was studying acting at the Sylvia Young Theater School.

Archie Lyndhurst — who founded Fated To Pretend — kept his finances at bay. As of this writing, nobody had heard of his net worth.

Observing his IG posts, everyone can tell Archie Lyndhurst loved his girlfriend Nethra Tilakumara very much. 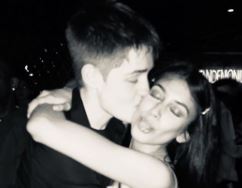 In the Spring of 2020, Archie and Nethra celebrated their 1 year together. As such, they reportedly began dating in April 2019.

That said, Archie first popped up on Nethra’s Instagram in August 2018. Meanwhile, in April 2019, he had made their romance Instagram official by sharing photos of them.

For Halloween in 2019, Archie wore a batman costume while Nethra sported a Robin outfit.

When the news of Archie’s untimely passing away made the news, IG users offered words of condolences to Nethra.

To those unfamiliar: Archie’s girlfriend, Nethra Tilkaumara is an actress represented by CAM/11:11 Ent.