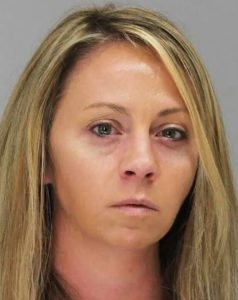 Ex-Dallas cop Amber Guyger fatally shot an unarmed African-American man after mistaking him for an intruder. For the crime, she was fired from her job and subsequently charged – and sentenced – with murder.

Dive into Amber Guyger’s wiki-style biography to learn about the intimate aspect of her life!

At the age of six, Amber was allegedly molested by her mother’s then-boyfriend who pleaded guilty to the crime.

More into her family: Amber is siblings with sister Alana Guyger.

According to Alana, Amber was into music as a teenager. Admittedly, the latter played trumpet and violin.

In 2018, Amber Guyger “shot” to national notoriety after killing a black man named Botham Jean. In her 911 call, she admitted to mistaking Botham for an intruder and his apartment to her’s.

An accountant by trade, Botham lived one floor above Amber.

Following the incident, Amber was fired by The Dallas Police Apartment. And upon her arrest, she was charged with manslaughter. A grand jury, however, indicted her for murder.

The trial ended in early-October 2019. Judged guilty of the murder, Amber was sentenced to 10 years in jail sentence. She would, however, be eligible for parole after five years. 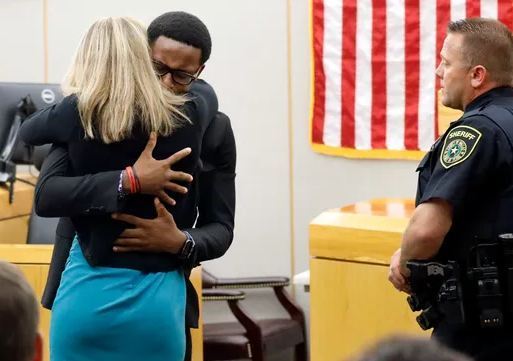 After the sentencing, Brandt Jean – Botham’s brother – suggested Amber to go to God and plead for forgiveness. The pair embraced tearfully in the court.

Botham’s mom, on the other hand, wasn’t so sympathetic. Accusing the Dallas police of corruption, she claimed that it needed a clean up inside.

When the trial first began, there were reports which suggested that Amber Guyger and her victim Botham Jean were romantically involved. The rumors later turned out to be false.

In fact, throughout 2018, Amber was having an affair with fellow officer -turned-boyfriend Martin Rivera. Her texts exchanges with Martin were ladened with racist connotations.

The said texts coupled with saved images on her Pinterest profile may have contributed in the jurors’ decision.