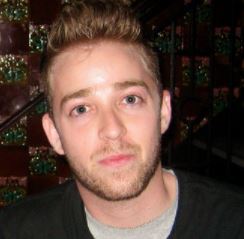 Meet Alex Anfanger, popular as the fiance to the PEN15 star Anna Konkle.

In Jan 2021, Anna surprised her fans with the good news that she was expecting her first child anytime soon. She posted a series of pictures together with Alex, showing off her baby bump. Her caption wrote, “It only took me nine months to post but the family is expanding any second now.”

In May 2021, Anna revealed she and Alex had welcomed their first child, a daughter named Essie Wunderle Anfanger, earlier that year. Also, in the same Vogue interview, Anna hinted they had gotten engaged.

So, while congratulations were on the way for the actress, her baby-daddy seemed to have caught the fan’s attention as well. Thus, here we are easing your queries about Anna’s fiance, Alex Anfanger.

Alex Anfanger was 35 years of age in 2021, two years older than his girlfriend Anna Konkle.

As per his birthday, celebrated on September 14, Alex is of Virgo zodiac.

Alex Anfanger is the son of the executive advisor of Anthem, Inc, John Anfanger.

His father, John is a Columbia University, NY graduate and was working as the executive advisor – quality assurance in Anthem, Inc for over 19 years. He was also a consultant – enterprise architect at Wellpoint Health Networks.

Also, Alex has a sister named Sammie Davis Jr. She is a married woman who welcomed her first son named Everett in Dec 2013.

Talking about his family, the two Anfanger siblings seemed close to each other. Over a picture, Sammie was spotted tagging alongside Alex to attend his movie The Secret Life of Walter Mitty’s premiere. While Alex’s dad and mom never appeared on his IG until 2021.

In 2021, Alex resided in Los Angeles. Not far from his hometown Malibu, California.

Most of his posts were work-related; promoting his shows and movies.

His Facebook profile linked his job to a production company called “GLOBOCORE”. However, no much was shared about it.

The soon-to-be parents, Alex Anfanger and Anna Konkle started dating at least in 2015. The first time Alex ever let his followers know about Anna was through his IG in March 2016. He posted a picture of Anna’s Twitter profile when she just hit 666 followers and captioned it,

“I knew I was dating the devil. Now I have proof.”

Since then, the two often appeared on each other’s profile multiple times.

Also, it was reported that Alex was on good terms with Anna’s late father James “Peter” Konkle. What’s more, is that Peter affectionately called Alex “brother”. So, we could imagine the kind of relationship they had.

Unfortunately, Peter passed away at the age of 71 in Dec 2019

As of May 2021, the duo had yet to marry. However, with their first baby’s arrival and the engagement, the wedding bells could be heard echoing in a distance.

Trivia: Alex and Anna shared a dog named George, who was often featured over their IGs.