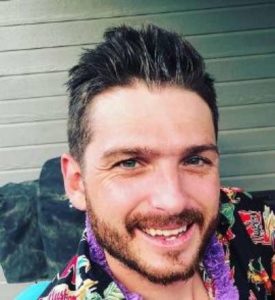 Another baby news in town!

Talan Torriero, MTV’s Laguna Beach: The Real Orange County welcomed his second child i.e. a daughter with his wife Danielle lately in early-December 2020. Talan took the news to his Instagram informing his people that both the mother and baby were happy and healthy. Also, he mentioned how his wife had done an amazing job.

The news thus caused Talan’s fans to become curious about what he is been up to ever since his notable appearance on the reality TV show that ran between 2004 and 2006.

So, here’s a wiki we prepared of him.

Where Is Talan Torriero Now?

So much has happened to Talan Torriero ever since Laguna Beach. For one he got married, welcome two kids.

After studying at the University of San Francisco for two years, Talan moved back to Los Angeles.

Most lately, Talan continued working as the digital marketing consultant at TMG in Omaha, Nebraska. He has been with the team since September 2019.

Who Is Talan Torriero Wife, Danielle?

Talan Torriero got married to his beautiful bride Danielle on 29th June in 2014. It was Danielle’s grandfather, who served in the U.S. Air Force for 25 years, who performed the marriage ceremony. He had surprised the couple by showing up in full uniform. “It was incredible,” the bride gushed afterward.

The two met on Danielle’s 21st birthday at a Los Angeles bar. They dated for eight long years and Talan popped the big question during Danielle’s family’s annual Fourth of July party. The soon-to-be bride’s extended family members were all behind the big surprise. Talan had gone down on his knee with a gorgeous round-cut diamond ring.

Together, now they have two kids: the newly born Hudson Isabella and the 3-year-old son Bronson Leonardo. 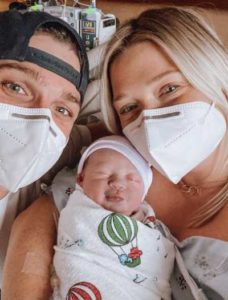 Talan Torriero and his wife are “already so in love” with their newborn, Hudson Isabella Torriero (PIC: Danielle’s IG)

Danielle, outside of being a mother and wife, continued owning Effin Shop in Omaha Metropolitan Area. 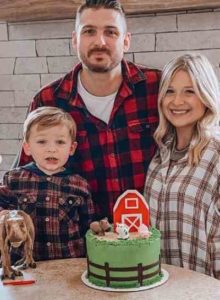 Not to mention, before Danielle, Talan was notably engaged to Kimberly Stewart on November 16, 2005. But surprisingly they called off the engagement just some days later on the 27th of the same month.

Before Talan Torriero graduated from university in 2008, he went to Laguna Beach High School from 2001 until 2005. The latter year, he had also signed on a major record label.

At a different point in his career, he also served as a creative producer respectively for 87AM and TMG Digital. And before he landed his current job, he worked as a social media director at Bumpclick and as a digital account director at Wagstaff Worldwide.

As a digital marketing consultant, Talan Torriero took home $90k annually in salary. The sum adds to his ever-so-growing $800 thousand net worth.

His Appearance On Laguna Beach

Laguna Beach was originally narrated by Lauren Conrad and went on emphasizing her few other classmates including Talan Torriero.

Throughout its run, the series was led (for three seasons) by primary cast members, Talan being one of them. He was shown as the younger student finishing the junior year at Laguna Beach High School.

His parents are named Roger Torriero and Charlene Chapman. Also, he has a younger brother with the name Lorenzo.

More about him: Talan is a surf champion, star quarterback, volleyball pro, and enjoys playing golf with friends.

By the time Talan and his wife became parents for the second time, Talan was followed by 44.6k people on Instagram.

On his YouTube channel, he has over 1.4K subscribers.