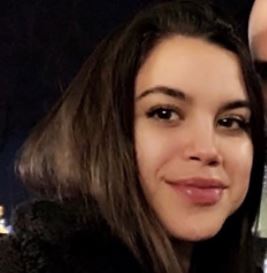 Miya Ponsetto aka SoHo Karen was arrested and charged with 4 felonies — attempted robbery, endangering the welfare of a child, attempted grand larceny, and attempted assault on Jan 7, 2021.

What started as an accusation toward a 14-year-old black child, for stealing her phone, had come to backbite Miya. The whole situation escalated as the video of her attacking a 14-year-old at the Arlo SoHo hotel in NYC blew up over the internet. Reportedly, she tried to grab the boy’s personal phone during the attack, believing that it was hers.

Keep reading this wiki to learn everything about her.

The internet tagged Miya Ponsetto as “SoHo Karen” after the video of her assaulting a Black teenager on December 26, 2020, was posted by the victim’s father Keyon Harrold. And it wasn’t long before Miya was called out for being a “racist” over the comments.

However, Miya claimed that racism had nothing to do with the incident. In her words,

Miya accepted and sincerely apologized that she was wrong for “yelling” and “hurting his feelings”, but she refused all other allegations. She justified her overreaction sharing,

“How would you feel, if you were alone in New York and, you know, you’re going to spend time with your family during the holidays, and you lose the one thing that gets stolen from you that has all of the access to the only way that you’re able to get back home.”

Not only did Miya deny the “assault” and “racism” allegation but also she claimed that she was “slammed to the ground” instead. She added that the teen’s father pulled her hair while dragging her across the ground.

As per her birthday, Miya is of the Gemini zodiac.

In 2021, she lived in California; which could be her hometown.

Mixed in with the whole “assault” situation, Miya Ponsetto’s parents couldn’t escape the media and the police as well. Miya’s then 43-year-old mother, Nicole Ponsetto was spotted being pulled over by Ventura County Sheriffs in the town of Fillmore, California. However, it was unclear why the two patrol cars stopped her.

Miya’s father didn’t seem to be much involved with the matter. Reportedly, his name is Eric Ponsetto, who was 49 years old then. Talking more about her family, Miya has a bother, who reportedly deleted his IG to avoid the mess.

As for her ethnicity, Miya identified herself as Puerto Rican. Over her IG bio, she shared that she is “Just a Greek girl”. Also, she once answered over her ask.fm account that she is a mix of “Italian, Puerto Rican, Greek, and Vietnamese” nationality.

Many claimed that though she might be a Latinx, it doesn’t excuse her behavior, and can still be a racist.

Since Miya gained enough haters, there was also an account named “arrestmiyaponsetto” over IG, dedicated to exposing her. It had over 5K followers then.

Mentioning her distinct features, Miya has is of short stature but has an athletic body. Also, she has brown eyes and hair, and fuller lips.

Miya Ponsetto is an aspiring Entertainer/Actress. Unfortunately, we couldn’t find any job she ventured upon.

In light of her education, Miya graduated from Simi Valley High School – Ventura County, California in 2016. Reportedly, Miya was a cheerleader during her time there.

As for her arrest records, you might be surprised to know that the 2021 assault incident wasn’t the first time Miya was arrested. Previously, she was arrested two times in 2020 — first on February 28 alongside her mother, for public intoxication at a Beverly Hills hotel, and second on September 1, by the California Highway Patrol for DUI (driving while her license).

Also, Miya was once sued by a property company in 2019 in Los Angeles Superior Court because she and a man she was living with owed $1,250 in rent at their Sun Valley, California, apartment.

About Her Boyfriend, Dating

It’s no wonder that Miya Ponsetto’s boyfriend wasn’t in the light during the 2021 disarray. Considering Miya’s public reputation, she chose to keep her family and her dating life out of the attention.

However, it wasn’t known if Miya had a boyfriend or was single then. We might get to know more about her as things settle down.