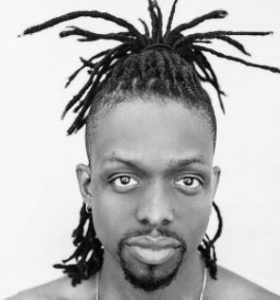 Though the show’s fans might know him only as Elaine’s spouse, let us tell you that Jonathan was more than just a celebrity husband. An engineer-turned-musician, Jonathan is blessed with a soulful voice and was mostly known for performing prayers and gigs.

Learn more about him as this wiki-style article follows.

Corresponding to his birthday, Jonathan is of the Gemini zodiac.

Also, on Jonathan’s 33rd birthday, Elaine took it to her Instagram to wish her “favorite human being” the “happiest birthday”. She uploaded a picture of their wedding that was just a few months before and wrote a long caption filled with words of love.

Raised in his hometown San Francisco Bay area, Jonathan Singletary considers himself a blessed child; especially because of his 38-years-long married parents.

Jonathan shared that his father Ronald Singletary, despite a black man in the 70’s, “did the whole damn thang”. He added, his “pops”, “got an education, found a passion for technology, and received a Bachelors and Masters in Computer Science and Engineering.”

Starting from Academy Homes in inner-city Boston to working for a top defense company and eventually landing in Silicon Valley in the 90s, Jonathan’s dad and mom were able to start a family in the suburbs and provide their children, a life that by all American standards, had achieved “the dream”.

Also, thanks to his father, Jonathan was once on saved from spending 4 years locked up because “a white kid” said, “the Black kid did it.”

In 2020, Ronald was working as a Sr Director of Sales Development at Synopsys. Taking one look at his IG account @singlexpression, we could see that Ronald is an activist. He filled his IG with posts from the “black lives matter” movement to Trump’s presidential administrations.

As for Jonathan’s mother Sheila Singletary (turned 61 years of age in 2020), she was a party person. Jonathan claimed that she invited more “beautiful black people to the crib for BBQs and parties than our neighbors had ever seen in real life or on TV.”

Talking about his siblings, Jonathan has an older sister named Melana. She was an aspiring chef who transitioned from “omnivore to vegan”. Also, Melana shared that she was Jonathan’s number one fan “literally since day 1” and “always protected him.”

Mentioning his distinct features, Jonathan has a big beautiful smile. He loved to keep his hair in dreadlocks and put earrings.

Jonathan Singletary is a Brooklyn-based singer/songwriter/musician. He described himself as “Producer/singer/songwriter with influences ranging from Pharrell and Ben Howard to Babyface and the Isley Brothers.”

But originally, Jonathan wanted to pursue a pharmaceutical career. He planned to get his Ph.D., be a consultant at McKinsey, and get in pharmaceutical consulting. But midway, he realized that he didn’t want to do it anymore.

Some of Jonathan’s popular music includes songs like Grace, No position, War, and more. His band, a rock quartet, “Harville” released their debut single “Blood” in early 2018. Since then they have been popular with the locals.

In light of his education, Jonathan attended Bellarmine College Preparatory from 2001 to 2005. Then he joined Morehouse College (2005 – 2009) to do his Bachelors in Biology. Finally, he completed his Master’s in Immunology from Stanford University (2009 to 2012).

Trivia: Jonathan is a grade lower than Elaine.

Imagine marrying someone with whom you spent your childhood days.

Yes, Jonathan Singletary and Elaine Welteroth are those lucky couples who first met each other when both were around 12-13. Their mothers were in the same choir went to the same church while the kids would run around circles before the prayers.

But the duo didn’t start dating until they were reconnected much later. Elaine shared that when she saw Jonathan after a long time, she remembered him as “a guy from the church” and Jonathan had the same thoughts. However, Jonathan had another girlfriend back then and even though they hit it off, no one said a thing. A month and a half later Jonathan broke up, asked Elaine out on a date and the rest is history.

Engaged for over 3.5 years, on May 10, 2020,  the lovebirds got married on their stoop in Brooklyn. Amidst the COVID 19 pandemic, they held a “virtual quarantine wedding” surrounding themselves with “iPhone screens and a small group of our local friends in white lining the sidewalk with gloves and masks on.”

Furthermore, the wedding was officiated by Dr.Stanley Long, the founding pastor of South Bay Community Church, via Zoom.

Initially, the couple wanted to get married in Turks and Caicos. Elaine shared, “It was first on our list because it’s where Jonathan took me for my 30th birthday.”