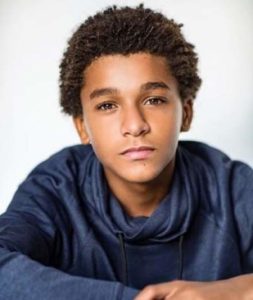 Despite his young age and less experience in the industry, Jaden Michael has been already proven to be someone to watch in Hollywood.

In 2020, he landed an opportunity to play the talented quarterback Colin Kaepernick during his formative high school years, on Netflix’s Colin in Black & White.

As we already know Colin Kaepernick is an American civil rights activist and football quarterback who is also noted for his consistent attempts in trying to use his platform and status to raise awareness of issues affecting minorities in the U.S.

Meanwhile in the writing below is everything you may need to know about Jayden Michael who you will soon see portraying the titular character.

Jaden Michael was born on 5th October in 2003. Based on his birthday one can say his zodiac sign is Libra.

Jayden Michael admitted during an interview that he loves his mother as much as he adores being an actor. 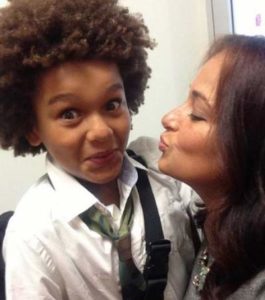 Time and again, he has credited his mother, Clara Caminero as his biggest supporter in life. He once told that the lady has suffered and put her career at risk, just to make sure that Jayden was happy. Although we have no clue what specific career he was referring to. Filled with gratitude, he also said,

“She works so hard to get me here. From the beginning, she knew I had something to share with the world. She believes in me and has never given up. She has sacrificed so much to help me and my career.”

Jaden Michael, with a Dominican ethnicity, even mentioned that he and his mother are traveling buddies.

In the meantime, never once did he talk of his father, except for a tweet where he writes, “I thought my father was A-Rod (Alex Rodriguez, the baseball legend). Did you make a change again?”. He was probably commenting (and jokingly) on some fan-speculation.

Also, Jaden has two siblings, one of whom is a younger sister, he is often seen goofing around.

Jayden Michael had 1,278 posts and 16.9k followers on his Instagram (until the date, 28 October 2020). He is also active on Twitter and Facebook, comparatively, with lesser popularity.

Jayden’s mother got him started in modeling when he was only two, yet “outgoing” and cute. And by the time young Jayden was three, his mom found him a management company that would represent me in acting.

The journey that began with a commercial got him his multiple roles in critically acclaimed TV shows and movies, alongside a lengthy list of A-list actors.

He feels the luckiest he was able to attend Cannes for the 70th anniversary with his Wonderstruck team. He plays Jamie, a lonely boy from the 70s in a busy town, in the film starring Julianne Moore. Jayden also learned the American Sign Language for the role.

IMBD has got a list of acting credits especially that of TV Shows under his name. Some of them would be The Bug Diaries, Blue Bloods, Dora the Explorer, The Get Down, Last Week Tonight with John Oliver, Friends of the People, Late Show with David Letterman, Saturday Night Live and Saturday Night Live.

This way, the up and coming actor Jaden Michael is reported to have pulled in over $2 million net worth.

As of the time of this writing, rumors surrounding Jayden Michael’s being gay, seemed unsupported by any justifiable reasons.

When not filming or studying, the “funny, silly, storyteller” loved to surf, skateboard, box, sing, and dance. But we did not know if he also went on romantic dates.

A glance over his social media sure suggests that he has some close friends who are girls. But, he has never mentioned dating anyone or any one of them being his girlfriend. 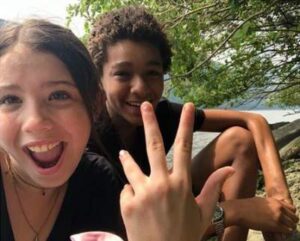 Circa August in 2018, he shared a picture with a girl named Josephine. He captioned the post, “In the wilderness with her 🤪 Have a Great Weekend everyone”, suggesting something is there. But still, we are unaware of what that might be.