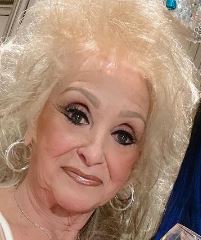 Foxy Grandma became quite a sensation in the world of hairstyling ever since she starred in TLC’s Unpolished with her kids and grandkids. Even in her late ’70s, she seemed as foxy as she was in her younger days.

In 2021, Foxy Grandma was back on for the second season. So, scroll down to learn more about her with a few additional updates.

Moreover, she secured Pisces as her zodiac sign. On her 73rd birthday in 2015, she was presented with a yellow colored-cake that she claimed to be one of the greatest cakes she has ever seen in her life, her favorite color.

Real name Eleanor Varuzzi, almost no information on her parents surfaced as of this writing. Moreover, she never grabbed enough spotlight to discuss her life out in public.

Because of this reason, we don’t possess enough information regarding her early life. Moreover, she reportedly hailed from her hometown in New York, the United States.

She lived in Middle Village, in New York, and Maspeth, Village.

Coming to distinct features, Foxy Grandma stands tall at the height of 5 feet 5 inches (1.65 meters). Furthermore, she weighed a little over 60 kilograms (132 lbs).

With a blonde long curly hair and her foxy appearances, she earned her name from the fans and her clients. Even at the age of 78, she looks better than most.

Talking about social media reach, Foxy Grandma could only be discovered on Instagram. By Jan 2021, she earned a total of 18.1k followers on the platform.

In 102 posts that the grandma made, it covered most aspects of her life including her family life, her job, and her career as a reality star that came in her mid-70s.

Foxy Grandma, along with her age, is the most experienced at the Salon Martone. Her resume boasted experience of working as a hairstylist which spanned over 40 years.

And during that 40 years as a stylist, she served clients of all age groups and saw changes in the style over the years. While most of her clients now weren’t even born when she started her career, most of her old clients passed away to a natural cause.

Along with job and experience, Foxy Grandma found independence even at her age. Plus, she has been commended for being brutally honest about sharing her point of view.

From the start of her career where she went door to door charging $3 per customer doing their hair to watching her kids and grandkids carry on her legacy, she has seen it all.

Besides her career as a hairstylist, Foxy Grandma is a foodie and enjoys cooking. She also shares her recipe on her Instagram of various dishes she prepares.

Meanwhile, Foxy Grandma is worth above $500 Thousand in total net worth.

As of Jan 2021, Foxy Grandma was still married to her husband, Joseph Varuzzi. However, she never opened up about the length of her relationship and the date of their marriage.

Moreover, Joe has been featured on Fox Grandma’s Instagram account a few times. But it remains unclear whether he is Grandma’s first husband or not.

Joe first appeared on Foxy Grandma’s Instagram account on 2 February 2015. They were snapped having a cozy time together in what was likely their house.

Furthermore, Foxy Grandma again uploaded pictures of herself and her husband at a wedding reception. On the post, she wrote,

“me and my hubby joe at @sparklingqueenbunnie’s wedding👰🏼”

More about Joe Varuzzi: He turned 83 years old while celebrating his birthday on 15 June 2020. He lived in places such as Middle Village, Flushing, and Masepath in New York.

Moreover, Jennifer Varuzzi Martone isn’t the only child of Foxy Grandma. She also has a sibling whose details remain obscure.