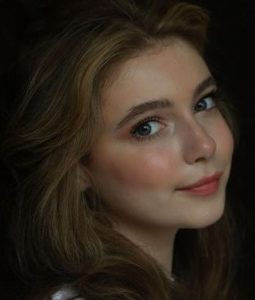 Eleanor Worthington Cox is the young up and coming British actress most famous for her performances in West End productions of Matilda the Musical, for which she also won numerous awards.

Read Eleanor’s bio below, including the information regarding her family, boyfriend, and net worth.

Eleanor was born as Eleanor Winifred Worthington-Cox to the English parents Andrew Cox and Jill Worthington-Cox in Merseyside, England. Being born in the year 2001, Eleanor turned 18 years of age on 21 June 2019.

Apart from her parents, Eleanor has two older brothers in her family, Benjamin Allan Cox and Joshua John Cox.

Eleanor grew up very close to her family and still has a great rapport with them, especially her mother, Jill.

Eleanor’s family sent her to Formby School of Performing Arts in Liverpool from a very early age, which honed her acting skills immensely.

Eleanor started her career in a chorus for Joseph and the Amazing Technicolor Dreamcoat production in Liverpool Empire.

Later in 2011, when she was only 10, she got the opportunity to play the titular role in West End productions of Matilda the Musical. Her performance earned her a nomination for Best Actress in a Musical in the Olivier awards.

Eleanor made her movie debut was in 2012 when she appeared as Princess Aurora in Angelina Jolie starrer Maleficent. She also acted in other movies like Action Point (2018) and Gwen (2019).

In 2013, she returned to the theatre for the stage production of To Kill a Mockingbird, where she performed as the heroine of Harper Lee’s masterpiece, Scout.

In 2015, Eleanor got the opportunity to act in the critically acclaimed British horror TV show The Enfield Haunting. Her most recent performance was as Cait in Sky‘s historical fantasy Britannia.

Thanks to her widespread career, ranging from theater to movies to TV shows, Eleanor had collected a net worth of well over $100,000 and with her upcoming projects, it might soon reach a $1 million mark.

As of February 2020, there was no news, or even rumors, about Eleanor’s dating life. The wider speculation was that she was single and not looking for a boyfriend as she was more focused on her family and acting career.

Milly Shapiro is the inspirational Tony-award winning actress famous for her roles in Broadway production of...