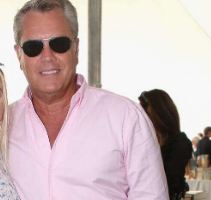 According to NY Post, Peter Cook – the former husband of Christie Brinkley – got engaged to girlfriend Alba Jancou in September 2019.

Reportedly, Peter popped the big question to Alba outside a church in Santorini, Greece.

Peter and girlfriend-turned-fiancee Alba share an astounding 39 years age difference. For context, his model daughter Brinkley-Cook is a year older than his wife prospect Alba.

When Peter and Alba got engaged, the latter was still a student at New Orleans-based Tulane University. Per her social media, she was set to graduate in 2021.

Peter and his fiancee Alba commenced dating in Summer 2018. From the time they first began seeing each other on romantic life to the day they got engaged, the duo was a continuous fixture in the Hamptons party scene. 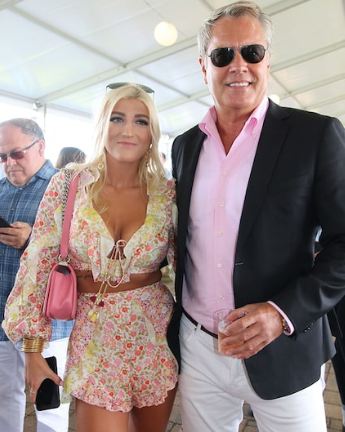 When Peter Cook first introduced Alba Jancou to the world, he insisted that his fiancee wasn’t a day older than 21 years of age.

If news reports are true, Alba was 18 when she first met Peter.

Peter Cook was previously married to supermodel Christie Brinkley. He and his former wife Christie had tied the knot in Bridgehampton, New York in Fall 1996.

Two years into their married life, Peter and Christie got blessed with a daughter. They named their firstborn Sailor Lee Brinkley-Cook.

Peter became the father of two children when his step-son Jack Paris Brinkley-Cook.

After 12 years together, Peter and Christie finally divorced in 2008. May that year, a sex tape featuring Peter and his teenage female employee Diana Bianchi had surfaced.

Diana was 18 and working as Peter’s assistant at his architecture firm. The alleged affair allegedly lasted for three years.

Splitting from Christie, Peter then married Suzzane Shaw. He and his second wife divorced in 2014.

A New Jersey native, Peter is a descendant of the Ludlows, the Hasleys, and the Ludlows. The stated three families are the oldest clans in The Hamptons.

Surprisingly, many details about Peter’s upbringing family, siblings, and parents don’t exist in the public sphere. In part, he didn’t boast a Wikipedia profile (as of October 2019).

Job title-wise, Peter makes his ends meet working as an architect. His net worth largely comprises of the $2.1 million settlement he received from Christie Brinkley.

Days before the 2019 edition of “Daning With The Stars” aired, Christie Brinkley pulled out of...